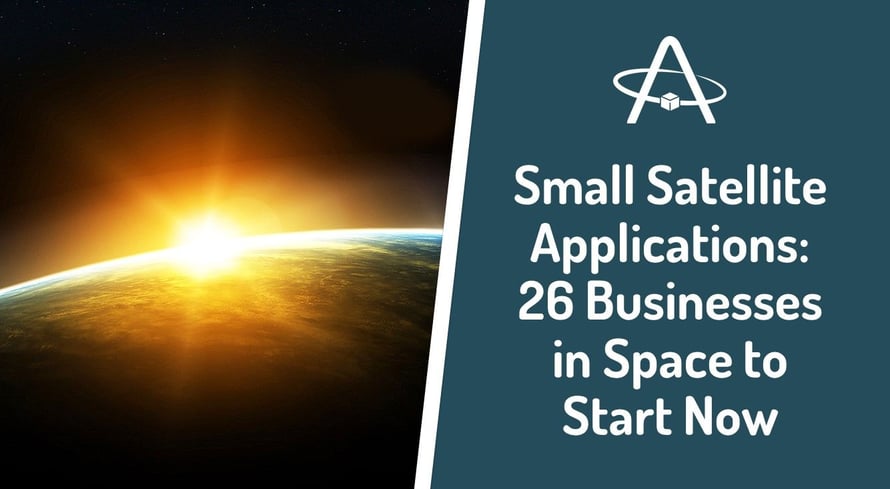 When we talk about small satellite applications, we are basically answering this question: What are they for? It may seem like a simple and straightforward question, but books on the subject could be written. It's the same as wondering what the Internet is for. The list of possible answers is endless. We all understand that it is not the same to ask that question in 2004 or to ask it right now. In both cases we are talking about sectors in constant evolution, since every year new businesses in space appear and also on the Internet.

Space has become an accessible place. The evolution of technology and the emergence of small satellites have meant that startups, SMEs, large companies and emerging countries can reach space in an affordable way and within short periods of time, in a position to compete with traditional players in the sector. It's what is known as the New Space age.

If we are talking about small satellite applications, everything comes down to this question: What do you want, and what can you carry as a payload in nanosatellites? Of course, that answer depends on the evolution of technology, your needs... and your imagination. Within the businesses in space that can be developed with the help of nanosatellites, there are massive sectors and also market niches.

But let's cut to the chase. For this article we have chosen 26 small satellite applications that are already a reality or are on their way to becoming one, although we have no doubt that if we were asked this same question in 10 or 15 years’ time, the answer will be very different ... and much more extensive.

We have grouped these 26 applications into six broad categories:

This list is intended to be more of a compilation of existing applications of small satellites than an exhaustive explanation of each of those possible uses. That is why we are going to be as brief, clear and concise as possible.

A. Earth and Space Observation

Nanosatellites usually operate in low orbits (LEO). The current technology makes it possible to have latest-generation cameras for capturing high-resolution images. We are talking about tools with dimensions that fit perfectly to the size of small satellites. In this type of project, the payload of the nanosatellites is usually the camera.

B. IoT and Communications

The Internet of Things (IoT), machine-to-machine communication (M2M), telephony and Internet access have become some of the most common small satellites applications. Space has become an ideal solution to improve the efficiency of existing terrestrial communication networks, which have obvious limitations in their coverage.

In these projects, the satellite payload would be a device capable of receiving, storing and processing information. For example, an SDR platform (Software Defined Radio). Let's take a look at some of these services:

Geolocation and space have been closely related for years. There are systems such as GPS, Galileo, GLONASS or BeiDou. In the case of nanosatellites, asset tracking, as we saw a few days ago in this blog, is also one of its main fields of action.

As in IoT and communications applications, the payload in asset tracking projects has to be a device capable of collecting the information sent from the Earth, storing it and transmitting it back to Earth stations. Small satellites are an ideal solution to guarantee a stable, precise service with total coverage anywhere on the planet. What are the main practical applications of small satellites in this field? Let's see the most important ones.

This is a very broad category. From a radar to a micro-laboratory for experiments in space, in these applications the payload of satellites depends on the objectives of each project.

For many years, space was a territory reserved for a handful of countries. Only the great superpowers could afford space programs and their own satellite networks, but the emergence of New Space has changed that forever.

The so-called democratisation of space has reached not only companies and startups, but also countries that want to launch their first space project or wish to strengthen their current capabilities. In some cases, these are programmes related to their national security, among others, for action in emergency situations.

We should not forget that the possible practical applications of small satellites are very extensive. All you have to do is have an idea... and get it up and running. In fact, there are projects for the development of business in space related to certain market niches, which do not fit into any of the previous sections.

The New Space sector is constantly expanding, and the forecasts point to an exponential growth of the businesses in space in the next years. Therefore, it is important to understand that these 26 possible applications of small satellites are only the tip of the iceberg that the future may hold.

Companies are beginning to assume that space is the last frontier of business... and that's an opportunity that's already here.